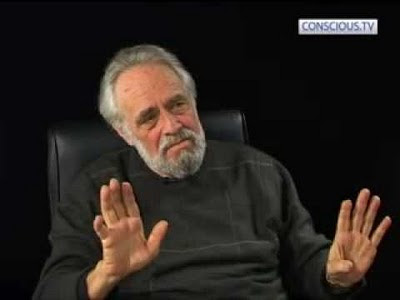 Now that the Archangel Gabriel has left us for more salubrious climes, we are left to greet a less affable soul in the shape of our favourite troll-about-town, James Swartz alias Ram.
Now Jimmy is famous for his rants against Neo Advaita and he will pontificate at great length from his pulpit in Usha's restaurant against the evils of said creed. His most well known article is called The Horse's Mouth - which we in the Chi-Ting office renamed The Ogre's Anus - because like most of Ram's ruminations, it is dark, smelly and somewhat flatulent. Jimmy is basically a bad tempered Pharisee who likes to dress up as a reactionary Hindu. His powers of myopic conceit are truly mind blowing: he actually believes he was born vasana lite!
In a recent interview, he managed to slag off every Neo Advaitin on the planet and is being considered for the Guinness Book of Records for his feat of relentless abuse (if you suffer from attention deficit disorder please skip this link as he does drone on). Actually we do have to admit there are times when we are almost fond of him, as he is such a completely unapologetic, grumpy old git. Then he goes and does something really odious and we can't resist the temptation to stone him.
This year Jimmy has really done it and formed the Triumvarite from Hell, joining forces with David (Waiting for Godot) Godman and Premananda (Spermananda) to write a book on the teachings of Ramana called Arunachala Shiva.
Now I remember talking to Jimmy in early 2005 and he described in exquisite detail how he loathed and detested Godot with all his heart. Then when the original Chi-Ting Guru Gossip website went up in late 2006, Jimmy wrote to us saying (and I quote): "Anything disgusting you wish to make up about John David [an earlier incarnation of Spermananda] is probably true and he is guilty of far worse than you can imagine!"
Now he has got in bed with these two love bunnies and one has to ask, what gives? We are familiar with the Machiavellian adage My Enemies' Enemy Is My Friend but this ménage à trois takes cynicism to new heights of depravity.
So Jimmy, what's cooking? I'm sure that your Serious Seekers After Truth (and they do have to pay hundreds of dollars for the privilege of hearing you pontificate) would love to hear a clear and concise answer to that one. And NO five hour declamation in the style of Cicero please. Remember: when Mark Anthony had the great orator murdered, he also had his hands cut off and nailed to the Senate door ...
It was said to be a permanent cure for the excessively verbose! 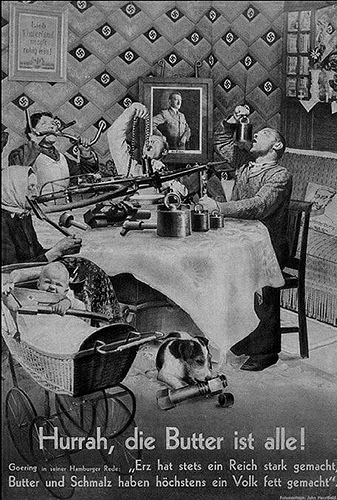 I rescued this from the Comments section in the previous post:
Anonymous said: Many so called masters talk about the Lion's Roar, but fact a lot of us are sheep. What to do?
His Holiness Sri Sri SRI Kevinandaji replies:
What to do? What to f##ken do!!!! I'm gonna blow a fuse. It's simple innit? Be like the child in the Hans Christian Anderson story of The Emperor's New Clothes. Tell the crowd that the Emperor has no clothes, inform them that his testicles and tackle are hanging loose for all to see. Prove that the divine breath is not wasted on you. Be a human being, not a capon ready to be stuffed for Christmas. Sheep get ba-ba-barbecued. Do you want to be a lamb chop just for the sake of social conformity? As fat drunken Winston put it: "Fight them on the beaches, never surrender!" These Pig F#cks are prostituting everyone's birthright for their self-aggrandising hubris and vanity, a pox on them and all their works! Do you want to truly live or be poisoned by a saccharine substitute of The Real Thing. Say NO to this palsied fatalism. Stand up and roar, for they will say in times to come: "Giants once walked this Earth". Ye gods I'm preaching to the terminally fuckwitted, it's bloody hopeless!
P.S. I have no connection to Papaji and never went to Lucknow. I was born this way, mad, bad and dangerous to know. "Tis my nature said the scorpion to the frog."