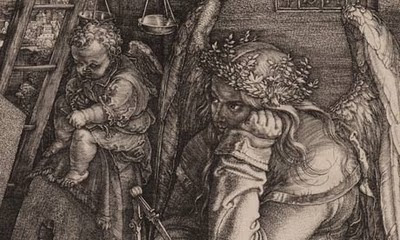 What is the relationship between the devotee and guru? What is more important: the external authority or what unfolds for us at the centre of our own experience? Or ... NEITHER ...
Is Self realisation purely a personal project, describing various "I"-centric states of attainment? ... Have we missed something and been directed into a blind alley of pure self-indulgence, investigating our navel while missing reality right under our noses? Are we still constrained and defined by the magic theatricality of gurudom and its superstitious incense-filled fervour? Do we have to continually answer to a spiritual and moral God-man who no longer represents us and plays a game of teaching and hierarchy when no true teaching exists ... only an annihilation of identity over which they and we have no control?
Traditional and Neo Advaita is calcified, hierarchical and egoically driven. The seeker is locked into a material quest for personal attainment and self-aggrandisement. Both are all about power and domination. In this historical time, as everything disintegrates and social structures collapse, no social relationship is immune from this contagion. Vistas of opportunity suddenly beckon: how will we reconfigure? Everything is up for grabs. Isn't it time for a reappraisal of the guru and the disciple in this kaleidoscope of change? ... A True Reformation!
The concept of enlightenment as we know it, begins with the historical Buddha and his teaching of nirvana. We have no idea what he actually said though because it was never written down and after it was, the early Buddhist Councils left us with a dialectical car crash of re-written and re-interpreted records. In the early centuries after the Buddha's death, the Buddhists argued with the myriad Indian philosophical schools who all believed that the world absolutely does (eternalism) or doesn't exist (nihilism). This is the long-running saga which has never gone away and it is wreckage the seeker is still crawling out of today.
The arguments that held sway then are still with us. They reappear in the clash we see in Advaita between Traditional and Neo Advaita. Both are also stuck in the conceptual brain-jam of things either completely existing or non-existing. There is the "I" which absolutely exists and needs to be subjected to methods (Traditional Advaita) and an "I" which doesn't exist at all so there's nothing to do (Neo Advaita).
Advaita is the bastard progeny of the Hindu reaction to Buddhism largely originating in South India from the 8th century onwards (Shankara, Gaudapada etc). Hinduism could only offer the paltry concept of moksha or liberation based on the eternalist belief there is an ultimately-existent "I" which is absorbed into another equally ultimately-existent entity known as the Self or atman. This conceptual Achilles' Heel is why Advaitic philosophy took on Buddhist theories. The Hindu notion of Self was re-branded beyond the confines of an ultimately-existent entity and its ailing theology was given a whole new lease of life.
But unfortunately in most cases, Advaitic Self-realisation still does not go beyond realisation of an absolutely-existent "I". Something is still going on in Advaita where the Self remains an ultimate state to be realised. This makes it a personal project of enlightenment where the "I" remains firmly intact and the claim is made: "I" am enlightened. This is the equivalent of Advaitic original sin and opens the door to all of the deceit and corruption so self-evident today in Tiru. For example:
Nearly all of these gurus are coming from an absolute centre of "I". Perpetuating methods and non-methods is a dance of total hypocrisy where the one-eyed man leads the blind into an endless maze of delusion. Both traditional and Neo Advaita gurus play the same game either in the doing or non-doing of a method. They perpetuate the Hindu belief that the "I" is totally real, rather than the Buddhist doctrine that it is empty.
The meaning of the Buddhist doctrine of emptiness has been overlooked by most of Advaita and its devotees alike. Here the "I" is neither completely existent or non-existent. Both extremes of eternalism and nihilism are avoided. The "I" exists but is merely a temporary appearance: something which is both real and unreal.
So should we now reject Advaita because it falls short? If we did, we would return to the hapless state of depending merely on our own selves for enlightenment. But surely this also fails because that self is empty too. Following a guru is no different from relying just on one's personal intuition and knowing because both rely on the separate "I."
A True Reformation is not a return to personal liberation. It is the falling away of the guru and the personal self as a means to enlightenment. This is about Grace: it is not under your (or anyone else's) personal control. If you want an all-singing, all-dancing Bollywood production with a magical mystery tour to nowhere, then please carry on. But for how much longer will we kowtow to the clowns who tell us they can liberate us and promise emancipation through techniques of doing or non-doing?
Why not bite the bullet: all is empty - including the "I." Let us be blunt: in this motion picture, there is nothing uglier than mutton dressed up as lamb!