Trouble at the nunnery 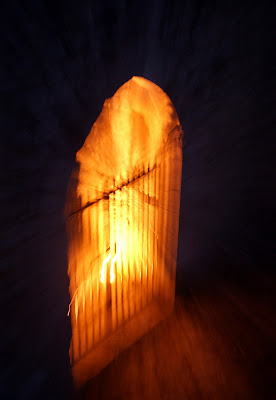 We were sad to hear about the recent death of Madhuva ... 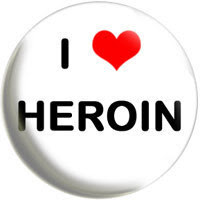 Pure life, raw, pulsing and vibrant, unmediated by identity or separation. It's a truly scary thought!

So we seek refuge in the cosmic heroin we call spirituality. In return we embark on an endless journey of becoming that gives us hope, aspiration and piety. This odyssey of Doing to Be causes endless pain, agitation and angst but is preferable to the gut-wrenching existential freefall into the abyss. This spiritual game we play is the ultimate mythology of ego. It is more rooted in separation than even the most self-obsessed acts that we all decry and disdain, because it puts the "I" on a pedestal which society universally approves and emulates.
We can rebel against the world because of pain, following paths that society rejects such as crime, drugs, alcohol and sex. And when all of these avenues are found to be empty and devoid of substance, we bite the spiritual bullet in the belief that we are one of the lucky ones who have truly arrived and transcended the squalid realm of desire. But heroin addiction is pure kindergarten besides this hellish world of eternal seeking. It is all the "I" - another extension of materialism in a more subtle and morally seductive world - except that now it is even more fixated than before!
This realm of spiritual experiences is the realm of the ego incarnate. Awakening and the bliss of yogic states only come about when the "I" is under such pressure that it transcends reality and projects another world of pure goodness out of its own separation. The spiritual seeker wants the spiritual orgasm 24 hours a day, maxed out on the credit card, debauched in the bordello with an unending source of narcotic comfort straight out of the genie's bottle. Even the quest for secret and arcane knowledge can never top this one. It is the ultimate quest of self-obsessed fixation all in the name of God!
Spiritual seekers reproduce the same moral judgement so pervasive of society within this transcendent domain, replicating it from a higher spiritual throne. They turn their back on the bad places they have been and the bad people who do not agree with them and threaten their sense of personal autonomy. They even spurn society saying they are better because they are no longer materialistic. But they are just more sanctimonious and more holy - usually a form of buttock clenching Christianity with New Age knobs on - and fail to realise the web of self-deceit has drawn them in even further. They have reacted violently to the world and are lost in an even more polarized fantasy world of good and evil.

There never was anything wrong with the world, the pain was simply too great. The seeker has become a Frankenstein monster of their own making and has retreated to a state of catatonic oblivion, because the reflected image is too grotesque to bear. "Mirror, mirror on the wall who is the saddest of them all?" ...
Spirituality is just junkiedom with a righteous attitude en Route 66 straight to hell. We are not talking about Percy Shelley and his chum Lord Byron having a laudanum jolly on the Swiss lakes, or even William Burroughs blowing his wife's brains out in a stoners' game of William Tell. We are talking about the social decimation of a whole generation on crack and the messianic meltdown that creates Hitler complexes ... a moral and existential car crash that would make even J.G. Ballard blanche ...