The revolution will not be televised ... 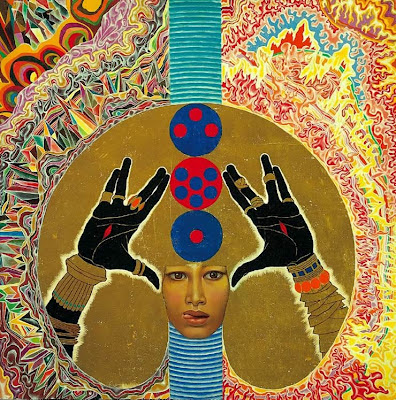 "Nothing is true, everything is permitted" (Hassan-i Sabbāh).
Life is an imaginary perhaps, full of substance but simultaneously empty of significance. The moment action is no longer yours - then the bite of anger and its force simply dissipates like vapour into the ethers. The difference between the world lived in separation and the one devoid of identity is what was formerly only real is now just an appearance - both real and unreal (the impact of a closed fist versus the caress of a velvet feather!) The world in its multitude of forms is no longer taken so seriously and even problems are not really a problem. So this planet may be run by the Illuminati-Reptilian consciousness (well some serious sickos anyway!) but there is no-one in residence to give a flying f#ck!
The person for whom separation is real, truly believes they can make a difference and bludgeon reality to their taste through an act of free will. They don't question their assumption that they are masters of the universe controlling their own destiny and the fates of others. But the person wielding free will and the free will itself are just an appearance. There is not really any personal autonomy: it just seems that way. And there is no internal or external orchestrator shaping the proceedings (God, Brahman, the Self and the ego can all take a running jump!) The grand magi of our society - totally intoxicated by their invincibility and power - are as empty as everything else. They are nothing but wraiths and shadows: temporary and impermanent. It's a lesson that our political leaders and their chums in finance (better known as Banksters) would be wise to ponder. As Chuang Tzu so pithily said: "If you want to see them fall, let them rise!"
The real revolution is spontaneous and uncontrived: an implosion of identity that throws us into a vortex of immediacy and wonder. It's a child's playground of delight even in its horror and awfulness. Fixation ends; reality has become a fluid dance. In this free-flow montage, nothing sticks because there is no-one really in the command chair. The absolute reality of anything is an empty echo of the past. Duality has fled through the back door. The eternal play of good and evil is now the best show in town ... even more electric because there is no filter.
Here raging about the world is simply as it is. It is neither right nor wrong. Attempts to make the world a better place may improve our lives or be the building blocks in a new paradigm of hell (and they usually are!) But this is utterly besides the point. The revolution is not an act of collective evolution through class struggle. It is not a political act. It is an alchemical mystery that never was and always will be. This is pure unadulterated experience: a white-knuckle rollercoaster ride where the ego has never been known.
The revolution will not be televised, IT WILL BE LIVE ...

[With apologies to the late great Gil Scott-Heron]