The last temptation of Christ 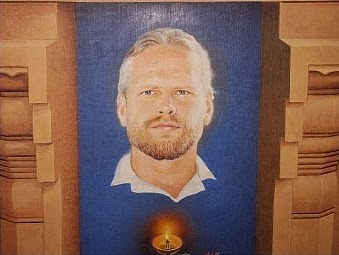 This Anon comment on the last Chi-Ting post was so good we had to repost it:
Don't be fooled by John de Ruiter. He has has own special take on everything which he calls his "knowing". He is completely in love with his tender Christ like image sprinkled with serious academic philosophy. He will weave a poetic rhetoric that sounds impressive but has no meaning at all. He promises everything and gives nothing. His true message is: he loves himself and he wants you to love him too. Coming from an orthodox Dutch Christian community (Amish Style) in the Canadian mid west, he dropped out of priest college to the shock of his bible ranting family and decided to become his own "fisher of men and women". He has his own unique mystical ideas about Ramana and the mountain but his domain is firmly established in Edmonton, Alberta where he keeps his cult following on a very short leash. His regular trips around the world are recruitment drives for his cult. John realized that most of his loyal followers will have a use by date when they finally get to see that its all only about John and his Edmonton home. So its important for him to always keep a flow of fresh followers coming in to keep the wheels rolling smoothly and his position and status asurred. He only came to hear about Ramana and Arunachala from a group of disgruntled Osho disciples who advised him that if he wanted to expand his little Edmonton Christian bookshop cult, he should go visit Pune and later on Tiruvanamalai. So he took the advice, he went forth and multiplied. It is no surprise that a decade later, John is returning to his old hunting ground. So watch out readers, he could be hunting for you!
At the end of this month John de Ruiter is returning to Tiruvannamalai. We think this tells you all you need to know.
Tweet

The man who would be king 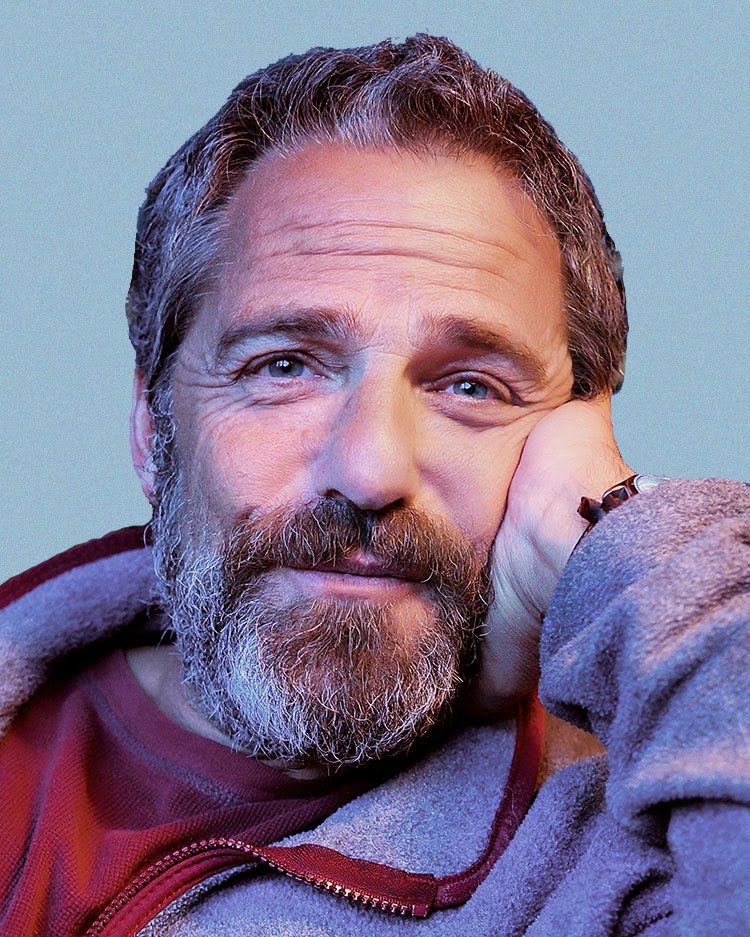 Now that Mooji has been banned from the States - due to his excessive consumption of illicit Jamaican fried chicken - a new name is being whispered by junkie satsangers in the region of Mount Shasta: Devaji ...
Devaji (aka David Waldman) specialises in the "come fuck Daddy" look. With gravelly voice, trimmed beard and mogadon eyes, it's all powered stillness and pregnant pauses complete with narcotic stare. He's an exponent of the slow-motion school of enlightenment: deliberately reined-in speech used for maximum intensity. It's a hypnotic style which was formerly used to great effect in the late 90s by that Evangelist of Shagadelic, John de Ruiter.
Devaji claims his lineage from Ramana. It says on his website:
Devaji's spiritual awakening was experienced through the direct transmission of his guru, Sri Ramana Maharshi. This connection began with early visions of the great sage. With time, Ramana’s presence was felt almost continually, and eventually his transmission became internalized. The edges that had separated the student and teacher now have melted into a wedding of one.
For residents of Tiru, this will be an all too familiar tale of self-aggrandisement. Lineage is the phallus of Osiris for any aspiring Advaitic guru, as it provides a rush of blood to an otherwise flaccid organ. The need to authenticate oneself in somebody else's name is always the sign of a charlatan. It's a deliberate attempt to establish authority where none exists - by claiming the mantle of a deceased sage who can no longer speak for themselves. Lakshmana Swamy and Mooji are just two of those who trace their attainment back to Ramana. But the fact is, Ramana never appointed a successor and would have nothing to do with lineage. The only person that he acknowledged as realising the Self - was his mother - at the time of her death.
Robert Adams of Silence of the Heart fame confirmed this. He said that Ramana never named a successor and that he should know since he was there. Strangely enough Devaji is an offshoot of Robert Adams and his Facebook page is coincidentally named "In the Heart of Silence." But rather curiously, there is no mention of Robert Adams on Devaji's website. -Was it because Adams clearly stated there is no need for a line of succession? Apparently he laughed at the idea and said: "What’s the point?" Adams saw the whole concept as the ultimate joke: imaginary succession of imaginary students within an unreal mental space!
So Devaji is not a fully paid-up member of the Papaji Pretender Club since he comes to the table via a slightly different route ...but unfortunately he sings from exactly the same hymn sheet. (If you really want to bore yourself senseless: click here). His meetings are totally indistinguishable from the likes of Gangaji, Mooji et al. Same patter - self enquiry - slightly more louche delivery. But despite all of this, Mooji is absent from Tiruvannamalai and Devaji is a serious contender for the crown. In contrast with Mooji's outwardly benign, cuddly image, Devaji lends immediate gravitas and his latent sexual undertone will convince many of his power to be the prime vehicle for their fantasy of enlightenment. This potentially makes him a new male icon for American brand Advaita, pressing all the requisite social and sensory buttons ...
Since Mooji scuttled off to pastures new - after threats were made linked to his illegal earnings - a succession of counterfeit clones have attempted to move in on the Advaitic real estate. Devaji may play the humility card, but does he secretly covet the summit of Arunachala? Will the crowd succumb and proclaim him the new King of the Hill?
Tweet