Suicide in the bunker ... 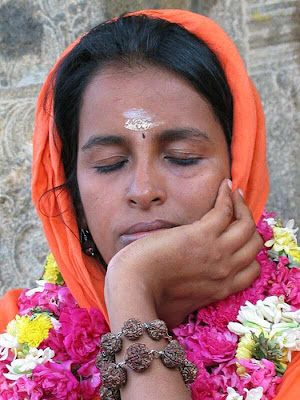 We are stunned and totally shocked by the news that Radha Ma died on Sunday, March 6th after an act of self-immolation the previous day at her ashram. She was rushed to hospital with 90% burns but doctors could not save her life.
It is rumoured that she left a letter blaming 3 of her former devotees who had become disenchanted with her after real estate problems!
There was also a pending sexual harassment case brought by one of Radha's devotees against the ashram's former caretaker. It has even been whispered that Radha was the guiding hand behind the case, which turned into a vicious dogfight. Emails where she threatened Yama (death) to one of her ex-devotees had recently been passed to lawyers.
Her funeral has been held today and it is said she will be interred as a saint. The question arises would a Saint commit suicide and lay the blame at the feet of those who had left the fold? And why was it necessary to kill herself in such a dramatic and painful way over petty legal wrangling?
With a horrid sense of hindsight, it might have been wiser if she had heeded the advice of Yogi Ramsuratkumar. Apparently he personally warned her,"not to play the role of a guru."