The day the world turned dayglo 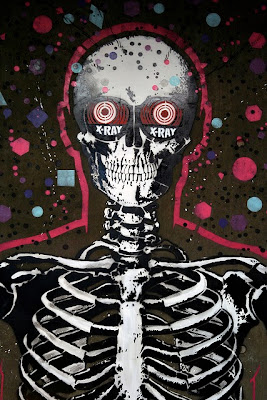 Ho hum, another day, another apocalypse!
We received this link from our cosmic chum, Aghori:
The Koodankulam nuclear plant went critical this weekend despite stinging criticism from both pro and anti-nuclear experts. Shouldn’t we be terrified that the plant has been dealing with Russian conmen suppliers, missing wiring and electrocution deaths? Shouldn’t we be scared that the nuclear establishment itself admit that they have no disaster management plans?
[from dianuke.org, July 16 - see more here]
Basically on July 13, the green light was given for a new nuclear plant to start operating in Tirunelveli district, Tamil Nadu. This is despite vehement objection from nuclear experts concerning its risky location close to villages and tsunami resettlement colonies; use of substandard equipment, materials and components; flouting of safety protocols; and serious technical flaws. None other than the former Chairman of India's Atomic Energy Regulatory Board (AERB), Dr Gopalakrishnan, has warned that these shortcomings are a literal time bomb waiting to happen. He has highlighted multiple defects and deficiencies: Indian inexperience in handling pressurised water reactors; substandard parts; electro-magnetic interference; and all the kilometres of power cables that are errr ... 'missing' from the plant’s framework.
And it gets even scarier ... Dr Gopalakrishnan says that once the reactor has been operated for a time, it's inevitable that parts of it will catastrophically fail. Incredibly, detailed, design-specific drawings and documentation supplied by the Russians, were never followed. The Nuclear Power Corporation of India Limited (NPCIL) proceeded with instrumentation and control work before receiving the instructions! Rather damningly he declares:

Russians are very well-organised and systematic, and they rigidly follow the rules and expect others also to do so. While Indians, too, have rules and regulations on paper, to expedite work or to minimise cost, they would not hesitate to bend or break rules.

Meanwhile the government ignores, dismisses or criminalises anyone who asks questions ...
It sounds like a Bollywood re-make of the 60s' Bond classic, Dr No and has all the hallmarks of a huge box office hit: dodgy Russian gangsters and corrupt, paunchy Indian bureaucrats twiddling their Dalí-esque moustaches! Everyone has their snout stuck in the trough and it's a feeding frenzy of envelopes stuffed with cash. Imagine the hammy dialogue: "Who cares if South India is a nuclear wasteland, I will be rich, ho ho ho!" It's a guaranteed parable of greed, stupidity and the fuck up factor so prevalent here ... that will probably make Tamil Nadu go Chernobyl ... and then some ... No wonder Aghori is rumoured to be building a nuclear bunker in his back garden!
As for The Papaji Pretenders and satsang clowns of all denominations - please return to Tiru immediately and prepare for final annihilation. Once you've done the Hiroshima Mon Amour and dropped the body, we will boil up your remains and make some nice Soylent Green doggy biscuits, which we will feed to the local sadhus.
Rejoice! You will at last be serving a valuable social and economic purpose. You'll have finally transcended your lumpen and parasitic nature! 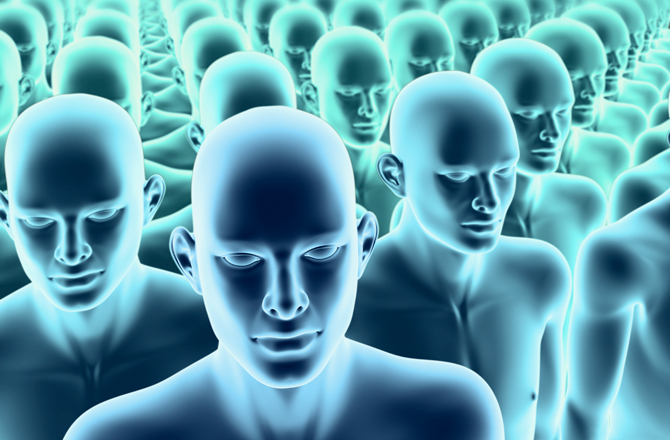 Another listless day at the Chi-Ting office - there is absolutely no news. Even our favourite street troll Kali Baba cannot find any one-legged women to molest. Sister Klaus is so bored that the Divine IT is reduced to smearing prodigious amounts of snot over the furniture in an attempt to transform them into bizarre objets d'art. Then suddenly out of the blue, this whinging missive from Neo Advaitin Jeff Foster arrives in our inbox ...
---
Hi!

A friend sent me a link to your 'Baby Ben and Jeff: A love story" blog. I have to admit, it was funny.

Good to see you have a sense of humour around all this stuff....

I was a little intrigued to read your 'bio' of me! It's amazing what Chinese whispers can produce....

Where did you get the idea that I'm a 'failed Cambridge academic'? I studied there, for sure, and graduated. Never, ever wanted to be an academic. Ugh! Or that I'd secretly lurk at the back of Tony's meetings?? Or that I told Tony about my 'story' and he laughed in my face?? I only ever attended one of Tony's meetings after my 1st book came out. Must have been 6 or so years ago now. Tony had called me and wanted to meet me in person, and invited me to come to his Hampstead meeting and say hi, so I did. I never remember him laughing in my face at all - he was warm and funny and very welcoming and I enjoyed the day.

I find it so funny how these rumours spread halfway across the world.... Amazing.

Anyway, keep doing what you're doing, my friend. Some of your stuff is absolutely hilarious. A guilty pleasure. Hey, spiritual teachers can't take a bit of fun, a knock on the chin, you have to wonder....

By the way, it's a shame you didn't speak to me at the meeting you came to. Might have been fun if you'd challenged me on the spot. Sorry you had to make your own tea!


Oh oh Jeffy! It's not "Chinese whispers" - it's straight from the horse's mouth - Tony Parsons himself! He said you sought him out. He was very disparaging about your so-called realisation, calling it a "nice story." If you're disappointed with his supposedly revisionist version of events, why don't you phone him for a little tête-à-tête?
We also notice that you have totally avoided addressing the main point of our post, which was that you sound exactly like Parsons. You are yet another "Tony clone" - a pale imitation of a teacher you don't acknowledge. Your talks are dull, insipid, and uninspiring. Just like all the others: Nathan Gill (the Michael Caine of Neo Advaita - "Not a lotta people know that"); Richard Sylvester; Roger Linden; Suzanne Foxton et al. And you all regurgitate the same Tony-isms! ... The Open Secret becomes The Elusive Obvious (Roger). You keep on saying: "This is it!" (Jeff, Nathan, Richard) and "All there is, is this!" (according to the witless Suzanne who is still noticing that her ego creeps in!) Devoid of the pulse of life, you are tailor's dummies wearing someone else's clothes! And what's so special about Tony Parsons? All he's done is a Buddhist makeover of Advaita - after he got scorched by Dennis Waite for being a Neo Advaitin!
Your gang is not the only one in town playing this game. You're just the latest in a long line of banal impersonators flaunting their pseudo-realisation. Sadly it seems to be the leitmotif of our times! The worst offenders are The Papaji Pretenders: Gangaji, Mooji, Madhukar, Pratima Sephton, and Isaac Shapiro (to name but a few). Andy Warhol proclaimed that everybody would have 15 minutes of fame. Bowie said: "We can be heroes just for one day." But all we see are imitation zeroes, shoddy counterfeit copies who worship at the altar of Pop Idol and The X Factor. It's a school of lame karaoke sing along that pretends it has a franchise on the real thing. The recycled wreckage of modernity played out against a Kraftwerk electro soundtrack!
Also Jeff, a failed Cambridge academic is not someone who completes their course, but someone who struggles to get through because they can't handle it. You openly admit you suffered from depression at Cambridge. The whole ethos there is to be a mental superman who can deal with anything and everything. Weakness is seen as the ultimate crime. It's a bit like being a Bond villain from SPECTRE! You are straight out of the Eckhart Tolle school of Cambridge fuck-ups. A prime example of extreme repressed head-wonkery, released on to the world in a spasm of epiphany! (In my school we called it jerking off!) All that elite education to make hideously stupid remarks about "the ocean and the wave" ...
There's not a shred of honesty in your letter. It's all politically correct platitudes without any emotional integrity. A touchy feely response which is contrived and utterly disingenuous. (Just like your books, which read like a teenager's diary!) Jeff, you are saying what you should say to appear unruffled, chummy, and embracing of "all that it is." But your laughter is nervous and hollow. And we've heard a whisper ... that a spiritual heavyweight recently told you that you were "not finished." Apparently they hinted that you're not enlightened and you were extremely rattled ... Would you like to write in and tell us about that? You have put yourself up on a pedestal and now the demons of self-doubt are snapping at your heels.
Jeff, one last thing ...
When dealing with the likes of you there is NO guilt - it's ALL pleasure!