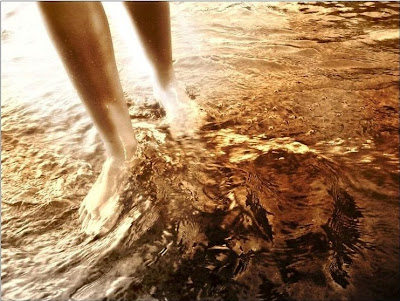 Gauri said ... [about Mooji]
The real problem with Mooji is his insistence on self-enquiry as the one true way. He has borrowed this - apparently from Ramana and Papaji - because he has nothing to offer himself and needs to establish a lineage to furnish his claims of Messiahship. Little does he know Ramana only advised on self-enquiry to those who asked about it. Ramana simply upheld the ancient Indian context when a method was requested of him. Silence not self-enquiry was the hallmark of Ramana's teaching. Ramana never needed a method ... Teaching self inquiry does not endorse spiritual authenticity. Mooji's emphasis on self inquiry is a cheap sales trick from a cheap con artist who is well known to have never been acknowledged by Papaji.
Mooji has publicly announced on his posters from late 2006 to be the standardbearer of Ramana's lineage. However, as Gauri says, his only tool is self-enquiry. Mooji is a secondhand car salesman offering the liturgies of spiritual greats who have walked before him ... which he has the audacity to claim for his own personal ambition.
His background is in mystical Christianity and Seventh Day Adventism, an End Time religion which emphasises the imminent second coming of Jesus (a role Mooji believes he fits perfectly!) Apparently at last year's retreat he personally enlightened six people and in private he boasts about his siddhis. Where do these "powers" to enlighten people come from? Isn't this an obvious corruption, distortion and conceit taken to ludicrous extremes!? Mooji also cannot bear to be in the company of those who have "excessive ego" - especially women who have to be moulded to his energetic (and sexual) needs. There are even rumours that he has slapped around some of his former girlfriends. How this squares with the Lamb of God, we do not know ...

Mooji is enacting a self-serving religious drama. He is a self-obsessed bore who spends most of his time talking about himself in excessive and tedious detail. This is a dangerous form of self-indulgence which pampers his sense of personal vanity. Mooji surrounds himself with sycophants and feeds on the adulation of the gullible, the weak and the needy. His politically correct spiritual performance caters perfectly for his young naive audience lost in Zen aphorisms and New Age wish fulfillment.

Mooji's satsang is a Papaji-lite tribute band completely devoid of inspiration, originality and true feeling. He has polluted and prostituted both Advaita and Arunachala for his own egoic ends.

Fatty throws in the towel! 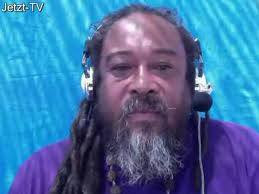 Apparently there are "dark forces" at work in Tiruvannamalai (that's us folks!) ...

There has been an outburst of spontaneous elation in the People's Republic of T.V.Malai following the news that Lurv in Supremo Tony Tubby Moo (alias Mooji) is no longer coming to Tiru this year. In his rambling address to the insipid music of Love Story on Mogadon, the great pseudo-saint clearly looks ill and short of a few marbles. Like Jim Jones just before he passed the orange juice and cyanide around, Mooji makes obscure claims about threats from sources unknown (has he pissed off some Tamil politico?)

For 6 years now Mooji and his gang of Goan refugees have turned Tiru into a Stoners' Toilet, so we say good riddance!

[LATEST NEWS: Mooji has taken down the original video that we posted. No reason has been given].
Posted by Chi-Ting Master at 7:54:00 AM 80 comments:

The age of the guru is over 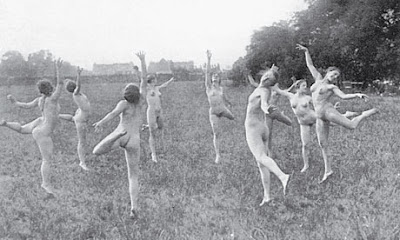 We have replaced the worship of an ultimate state (God) with the worship of enlightened beings (gurus). But there is neither an ultimate state or an ultimate being, this is just a chimera of the imagination. Apparent reality is in a state of permanent flux and there is no ultimate truth, just a shimmer and a fantasy which slips away in the night, like teardrops in the rain. Enlightened beings are actors in a movie, very real in their performance but in the end just a part of the story. As the Bard sagely observed in Macbeth: "Life's but a walking shadow, a poor player that struts and frets his hour upon the stage and then is heard no more. It is a tale told by an idiot, full of sound and fury, signifying nothing!" This fiction is real but simultaneously unreal: that is the crux of the paradox.

We have assigned power and prestige to entities who exist yet are empty; totally devoid of substance. Gurus are no different from a blade of grass to be stepped on and then forgotten.

The time has come to step beyond the age of enlightened beings. They are like politicians: they will always fail you! These select individuals have never held the keys to paradise, it is just an exercise in religious fetishism that is as absurd as it is vacuous. As the old paradigms of control and hierarchy are crashing down around the globe in a Bonfire of the Oligarchs, it is no longer necessary to sacrifice ourselves on the altar of former subservience. Our reality never was an ordered Newtonian assemblage of molecules with God's Anointed at the top of the pyramid. Schrödinger's Cat has now truly escaped from the bag along with the neutrino and the old stories have finally lost their power.

We are the children of great mystery. Things are NOT what they seem!