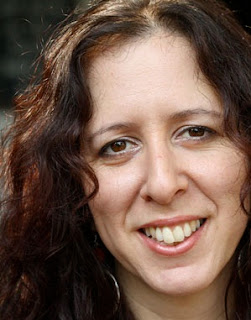 Dearly beloved Chi-Ting devotees
His Holiness Sri Sri SRI Kevinandaji would like to refute in the strongest possible terms the defamatory and disgusting rumours that have been circulating since the New Year Chi-Ting office party. It's true that he was last seen wearing only a satanic face mask and a leather double headed cod piece screaming: "I wanna fuck Babylon!" and then howling like a wolf. But it is a total fabrication to suggest that His Holiness has ever shagged Anunnaki satsang psycho Unmani (she of the very scary Margaret Thatcher eyes!) A full meeting of the Chi-Ting Politburo has been called to find out exactly what illicit substances were put in the party punch. A rather sheepish Sister Klaus has admitted to lacing the brew with some very scary hallucinogenic compounds in revenge for certain noxious comments made about her former lover Sven. A full confession will be forthcoming ... His Holiness has acknowledged knowing Unmani's guru Dolano from their junkie days in the Görlitzer Straße squat, Kreuzberg, Berlin in the late 70s. However Kevinandaji categorically states that even though there were reports of an unnamed woman screaming and shrieking as she was chased at gunpoint from the Chi-Ting compound, he has never ever had any form of sexual congress with that monstrous harpy Unmani ...
Yours Bill Clinton Sri Sri SRI Kevinandaji